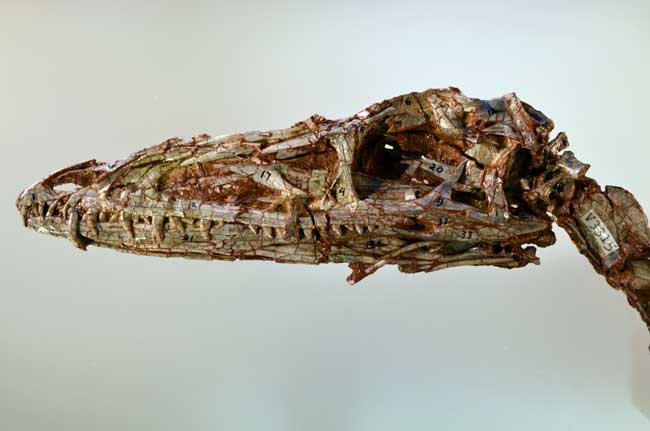 The Museum of Northern Arizona maintains a small geology collection that contains approximately 4,000 mineral, rock and meteorite samples. In addition to rock and mineral types commonly found on the Colorado Plateau the collection also includes samples from outside the region.

The Museum of Northern Arizona (MNA) holds approximately 150,000 paleontology specimens (fossil invertebrates, vertebrates, plants and tracks and traces) from most of the fossil bearing geologic units in the region. The collection, which contains 181 holotypes and more than 4,250 published and/or illustrated specimens, is the basis for scores of scientific technical papers on the paleontology and geology of the area.