Edmund Nequatewa was born in the village of Shungopavi about 1880, to a clan position which placed him in a role of responsibility and authority with respect to certain ceremonial functions. When the Museum of Northern Arizona was established, he joined the staff officially as maintenance crew, but assisted the Coltons in many ways. Edmund accompanied Mary Russell-Ferrell Colton when she initiated the Hopi shows, traveling with her to Hopi villages, serving as interpreter, and encouraging the Hopi artists to create and submit their works for Museum display. Edmund was recognized by the Museum as a wise counselor, interpreter of his people, ethnologist, philosopher, folklorist, and ever-dependable aide.

Edmund Nequatewa wrote many fascinating articles for Museum publications, sharing his knowledge, which are available for your review. 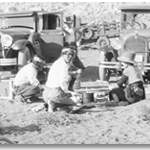 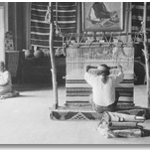 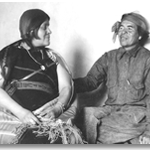 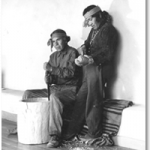