In 2010, the Schultz Fire, located on the Coconino National Forest, left over 15,000 acres of forest north of Flagstaff affected by wildfire.

In April of 2011, demonstration seeding plots were established within the Schultz Fire burn area. This project was initiated in order to monitor the response of seeding using locally harvested native seeds in a post-fire setting. Five plots were divided equally into four treatments with three different seeding rates and a control. Plots were visited during the late fall of 2011 and 2012 to determine changes in ground cover and establishment of seeded species at different seeding rates. The total number of species and species diversity increased from 2011 to 2012 with the highest diversity occurring in the high-rate seeded plots. The percentage of bare ground decreased substantially with increased seeding rates. Non-native species increased in the second year, with more non-natives present in the low and medium-rate seeding plots. The plant species seeded into the plots were more evident in 2012. Of the seeded species, Bouteloua curtipendula had the highest percent cover. Other seeded species that performed well, include Poa fendleriana, Eriogonum alatum, and Potentilla hippiana. Pseudocymopterus montanus was the only seeded species not present in any plots over the two years.

Large-scale disturbance events, like the Schultz Fire, contribute to bark beetle outbreaks, flooding and spread of invasive weeds, creating vast areas in need of restoration. This project addresses ways in which re-colonization of disturbed sites by local, native plant species can be augmented or improved. By examining how “source islands” of native species establish, survive, and disperse, this project will reveal the effects of post-fire revegetation.

The Schultz Fire devastated thousands of acres of mountainous forest habitat.  Further habitat destruction and disturbance from ensuing floods is creating vast areas of potential weed invasion in the adjacent neighborhoods, especially on disturbed soil from erosion and construction of flood control measures.  The project goals are to identify and protect these affected Flagstaff neighborhoods through early detection of high-risk weed invasions and to educate community members on how to identify weed problems and what to do if they discover a weed outbreak. During the summer of 2012, a workshop was held to educate homeowners on weed identification and restoration practices. After the workshop, site visits were established to assess the private land affected by flooding for both native and non-native plants and to determine appropriate methods of rehabilitation. These properties will be revisited in 2013 for monitoring, additional weed pulls, and revegetation. 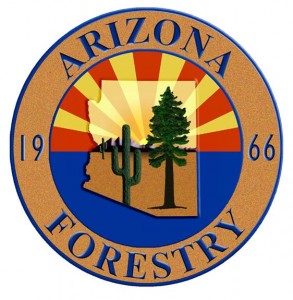