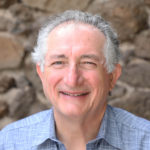 Maury Herman is the third generation in his family to work in historic downtown Flagstaff.  As an active real estate investor since 1974, he has led the renovation or construction of over forty commercial and residential projects in Arizona and California, including adaptive reuse of many historic buildings in Flagstaff and Prescott.  He holds a B.S. from Antioch College and a J.D. from Loyola Law School. Maury is an active civic and community leader in Flagstaff.  In the past 26 years, he has served on over twenty advisory committees and non-profit boards in Flagstaff, including the Flagstaff Main Street Foundation, the Flagstaff Forty, Diablo Trust, the Northern Arizona Chapter of the Arizona Historical Society, the Downtown Business Alliance, and United Way. Most recently, he served as a member of the Citizen’s Advisory Council for the Flagstaff Area Regional Land Use and Transportation Plan from 2010 to 2013. Maury and his wife Karen have been MNA Plateau Society members for many years.