Footprints of the Past

Home / Exhibitions / Footprints of the Past

Footprints of the Past 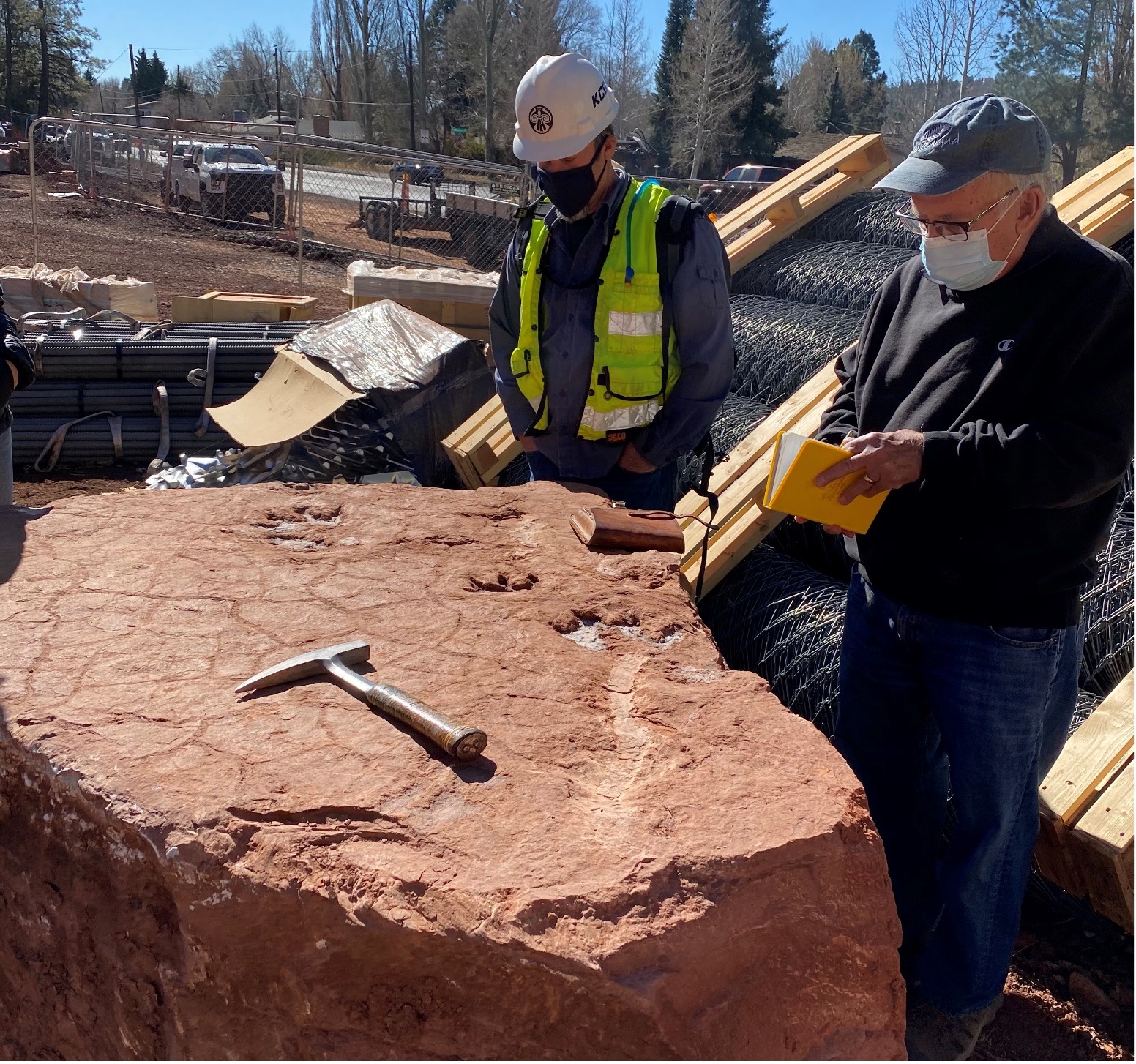 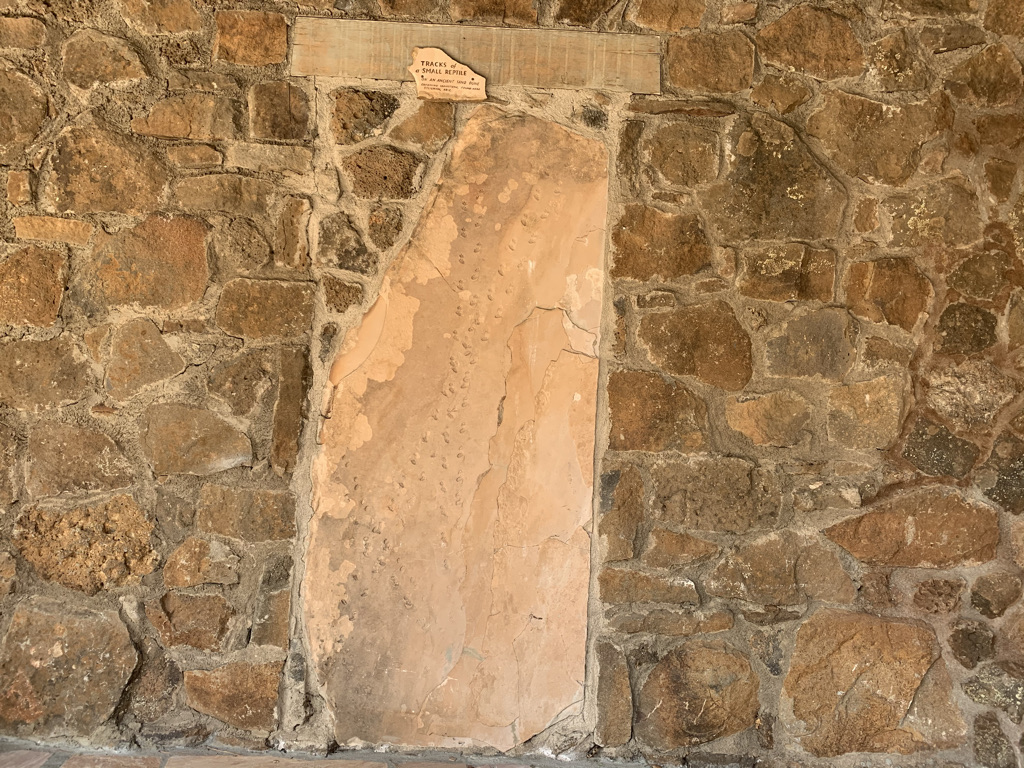 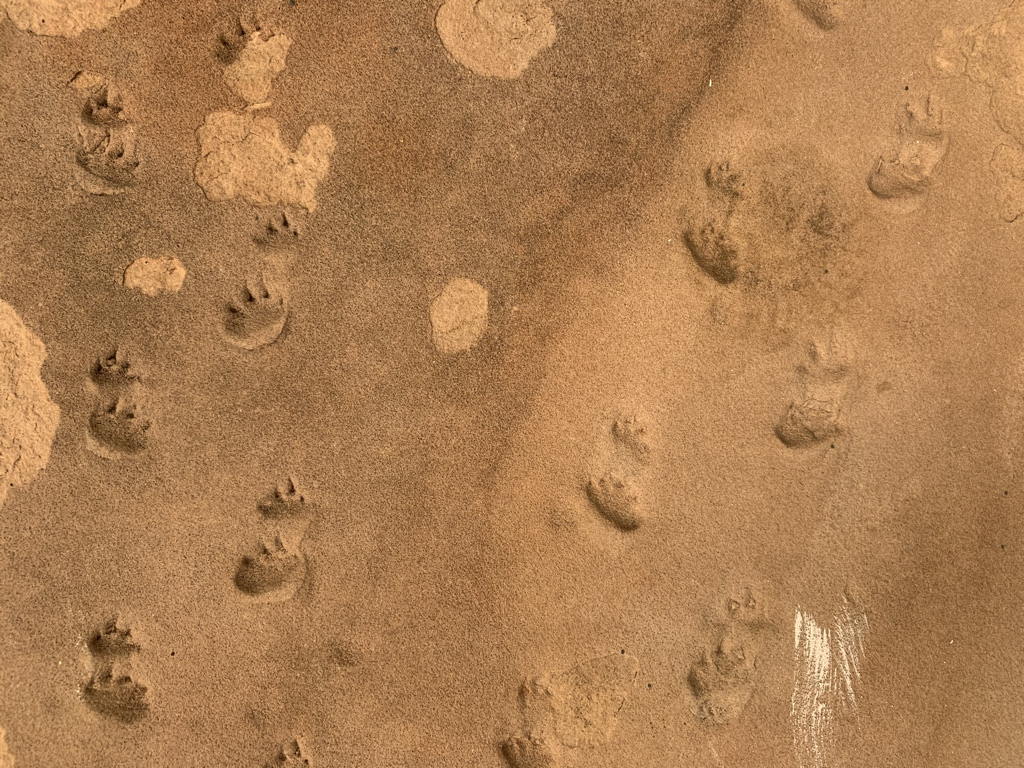 Around 240 million years ago creatures large and small walked, slithered, and skittered all over this region. Some left their mark in the mud and, if the conditions were just right, those prints were preserved under protective layers of sediment for eons. These fossil  footprints reveal a record of living animals, a glimpse of how they moved and what they did.

One of the most remarkable trackways displayed at MNA was discovered in November 2020 at a construction site just a couple miles down the road from the museum. Heavy equipment operator Spencer Phillip spotted the tracks during excavation for the Starpoint Apartments. The tracks were preserved in red sandstone from the Moenkopi Formation, which is estimated to be early to middle Triassic in age (252 to 235million years). The Moenkopi Formation contains layers from environments that include ancient sand dunes, and rivers and deltaic settings.

Dr. Dave Gillette tentatively identified the trackway as Chirotherium rex, meaning “hand beast king”, which is a technical name applied just to the tracks as an “ichnospecies.” No skeleton has been found of the Chirotherium rex, but its general shape and size can be inferred from the tracks. The best hind limb track is about 20 cm wide, 15 cm long (back to front) with the best front limb track measuring about 9 cm x 5 cm. Pace distance is about 0.7m.

Tracks from smaller reptiles and mammals are also displayed in the courtyard, as well as in the Geology Gallery. In addition to fossil tracks, the Moenkopi also contains other features recording the conditions more than 240 million years ago, including mud cracks and ripple marks from flowing water and blowing sand.

Family Friday video about the tracks 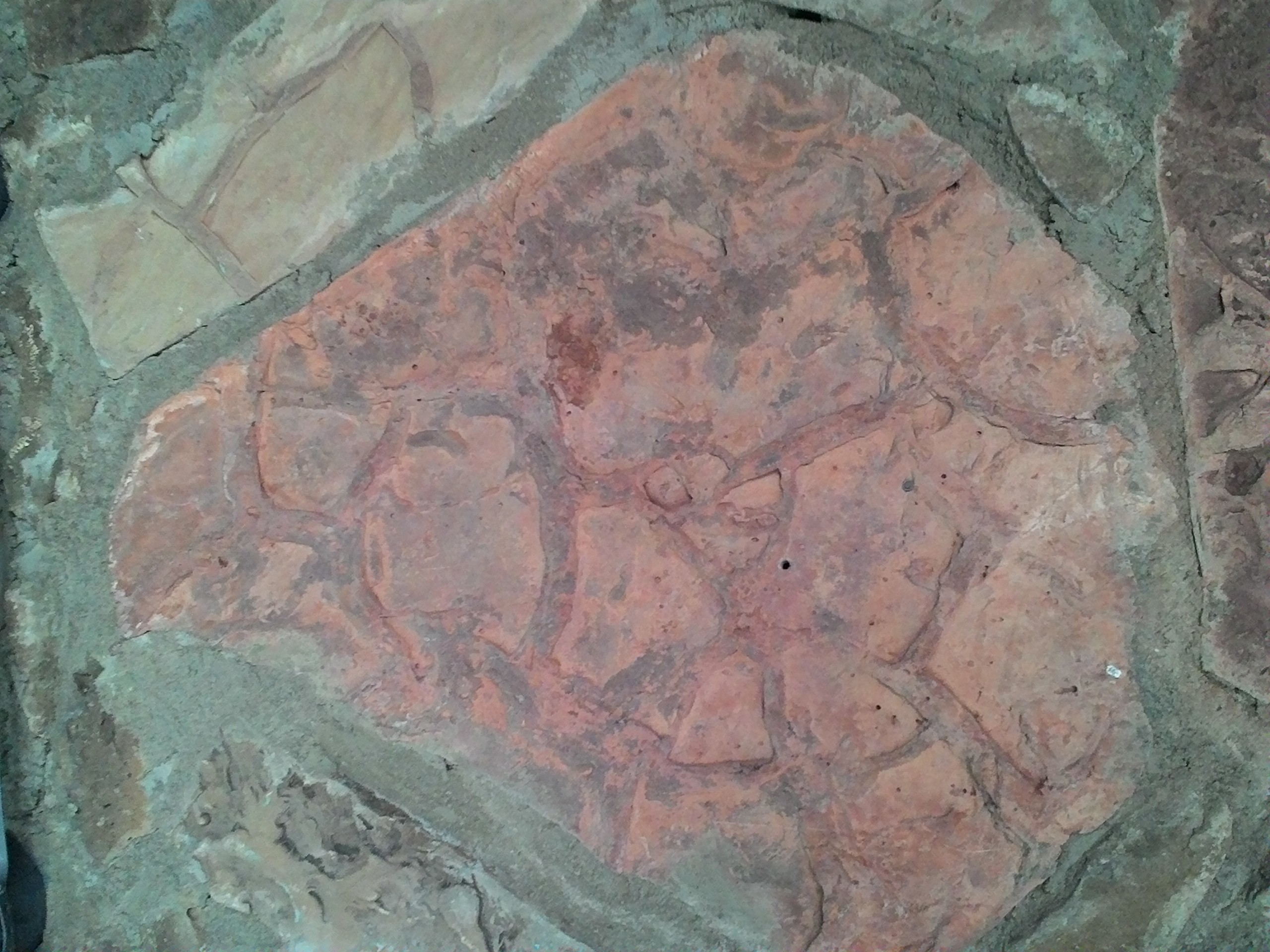 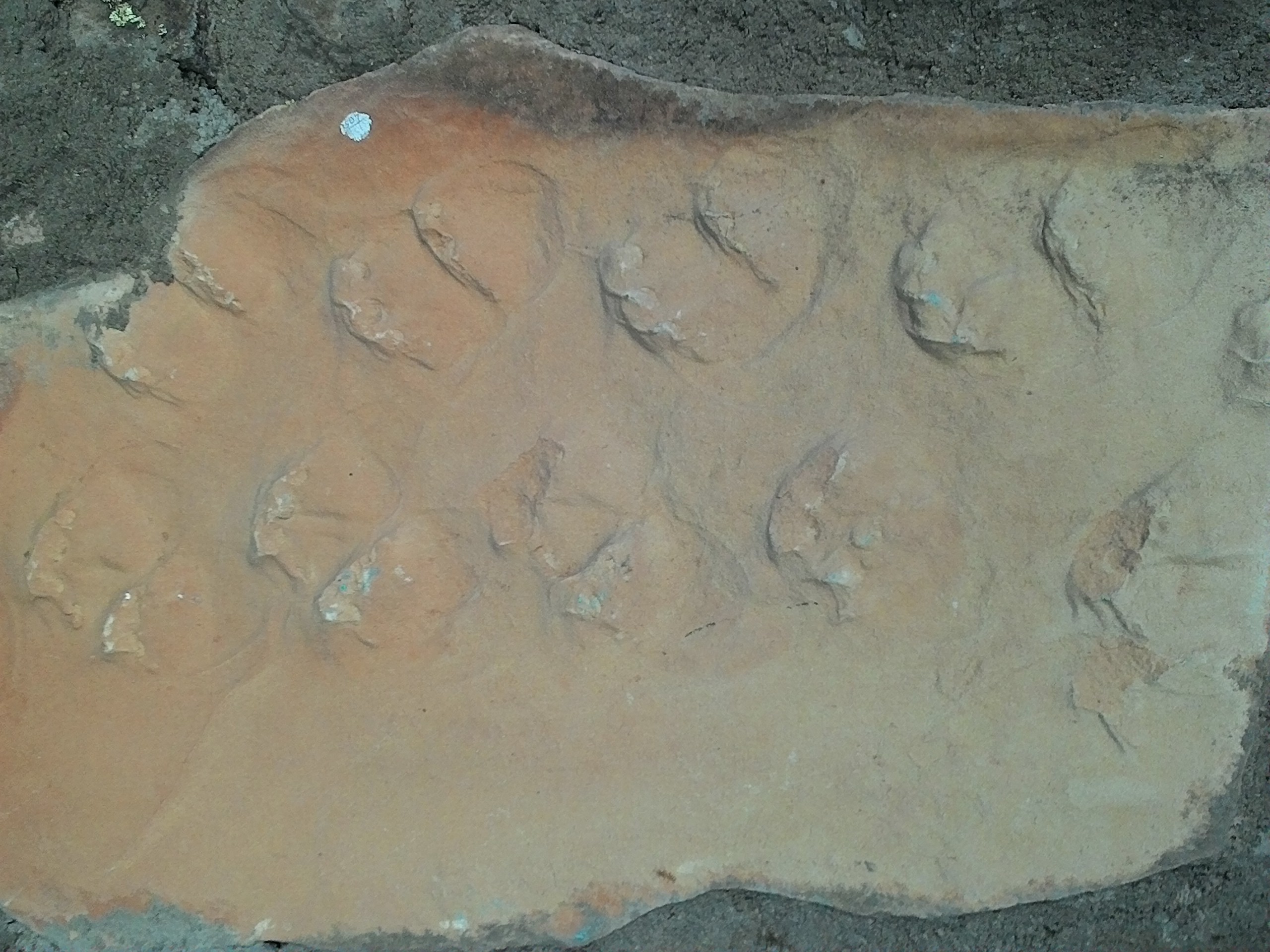 Sand push-backs behind the heels of these tracks indicate movement up a steep dune. 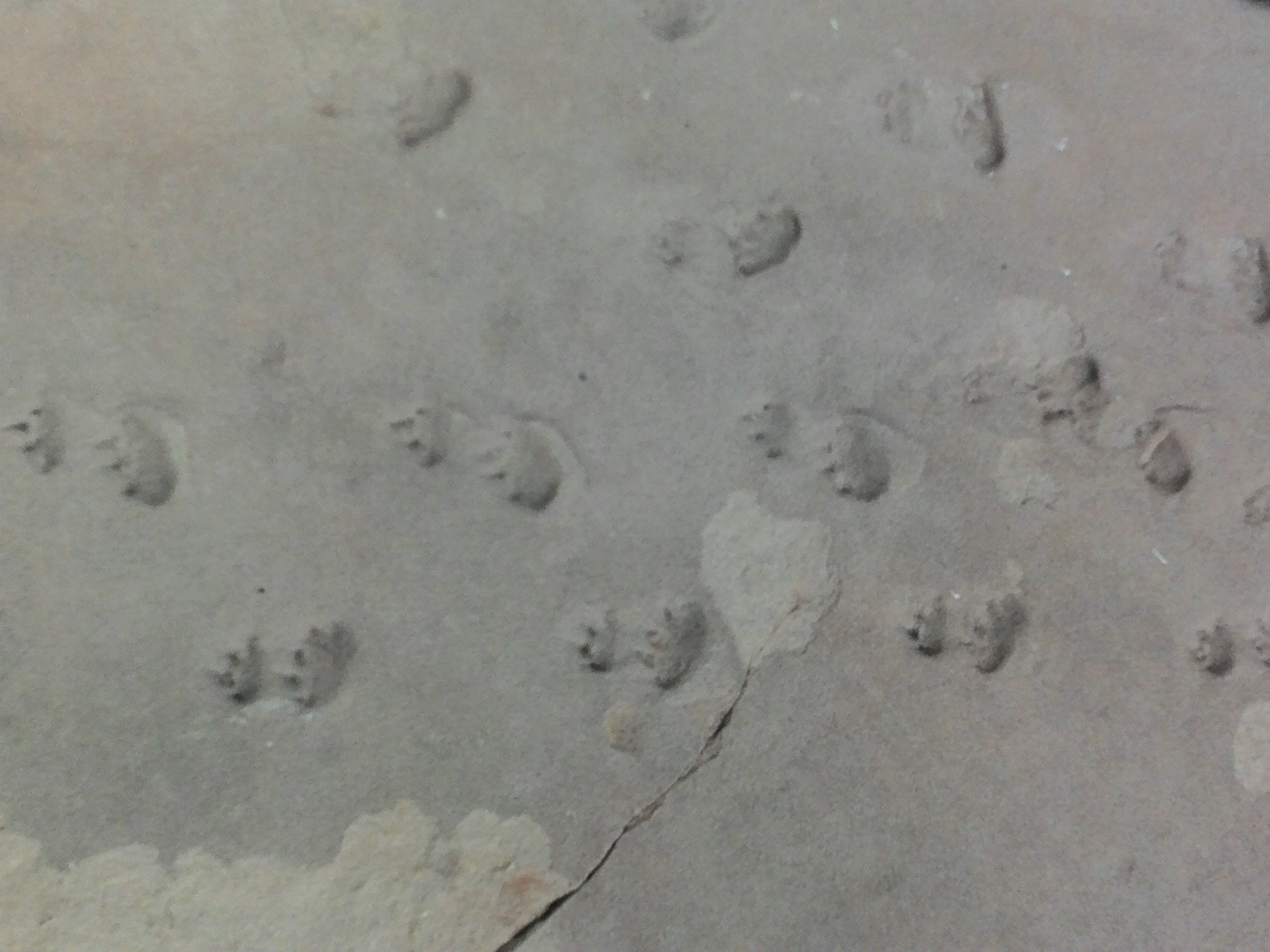