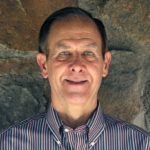 Robert “Bob” Gunnarson was born into an Air Force family and traveled the world for the first 18 years of his life.  He received his bachelor’s degree in Economics in 1968 from the University of California, Santa Barbara.  He was then “invited” to join the U.S. Army, served in the highly classified Combat Development Command at Fort Ord, CA before being assigned as a Mobile Advisory Team Leader in the Republic of Vietnam. During this combat tour Bob was awarded the Combat Infantry Badge, the Bronze Star Medal, The Army Commendation Medal, the Vietnamese Cross of Gallantry and the Vietnam Wounded Medal. When Bob left active duty, he spent 5 more years in the active Army Reserves while pursuing a civilian career.  In 1972, Bob joined Merrill Lynch in Santa Ana, CA and was accepted into the highly competitive Merrill Lynch management development program in 1978. Upon entering the Merrill Lynch management ranks he ended his active Reserve duty and was assigned to the U. S. Army Retired Ready Reserves as a Major.  As a Resident Vice President Bob successfully managed several of the largest offices in the Merrill Lynch system for the next 12 years.  In 1990 Bob elected to rejoin the Merrill Lynch Financial Advisory Group and relocated to San Antonio, TX where he managed the financial, family and estate planning affairs of clients across country until his retirement as First VP, Investments.  From 2000 to 2010, Bob served as the founding Chairman of the Garden Ridge Quarry Commission in Garden Ridge, Texas, a citizen commission responsible for the first comprehensive quarry oversight ordinance in the state of Texas.  Bob has been an active participant in, and supporter of, The Key Club, Circle K, The Kiwanis and The Lions Club.  Bob and his wife Carol moved to Flagstaff in 2015 because of the people, the culture and the forest.  Bob is the Chairman on the Northern Arizona Memorial Cemetery Foundation which he helped form to enhance and improve the new regional Veteran’s Cemetery at Camp Navajo.