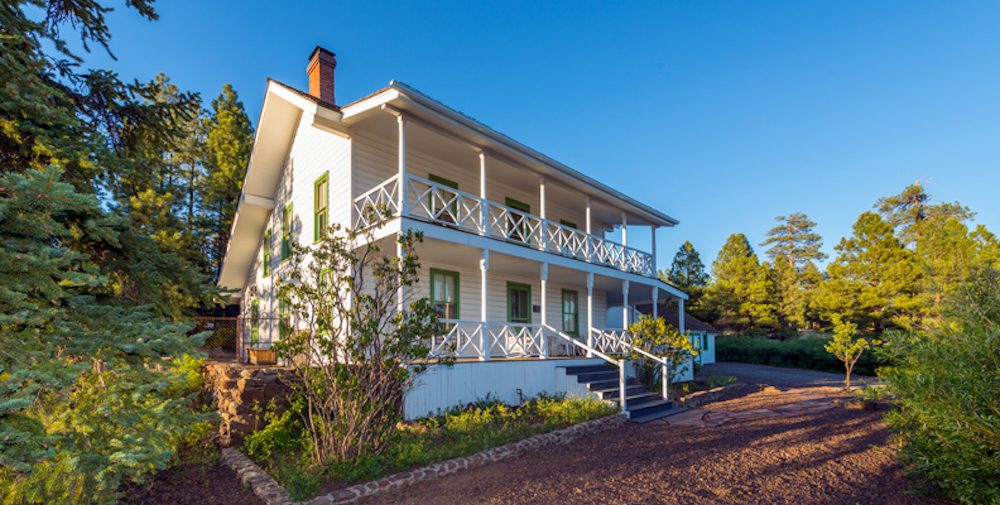 The Homestead as it looked in 1956, at the time the Museum Director Ned Danson lived there with his family. 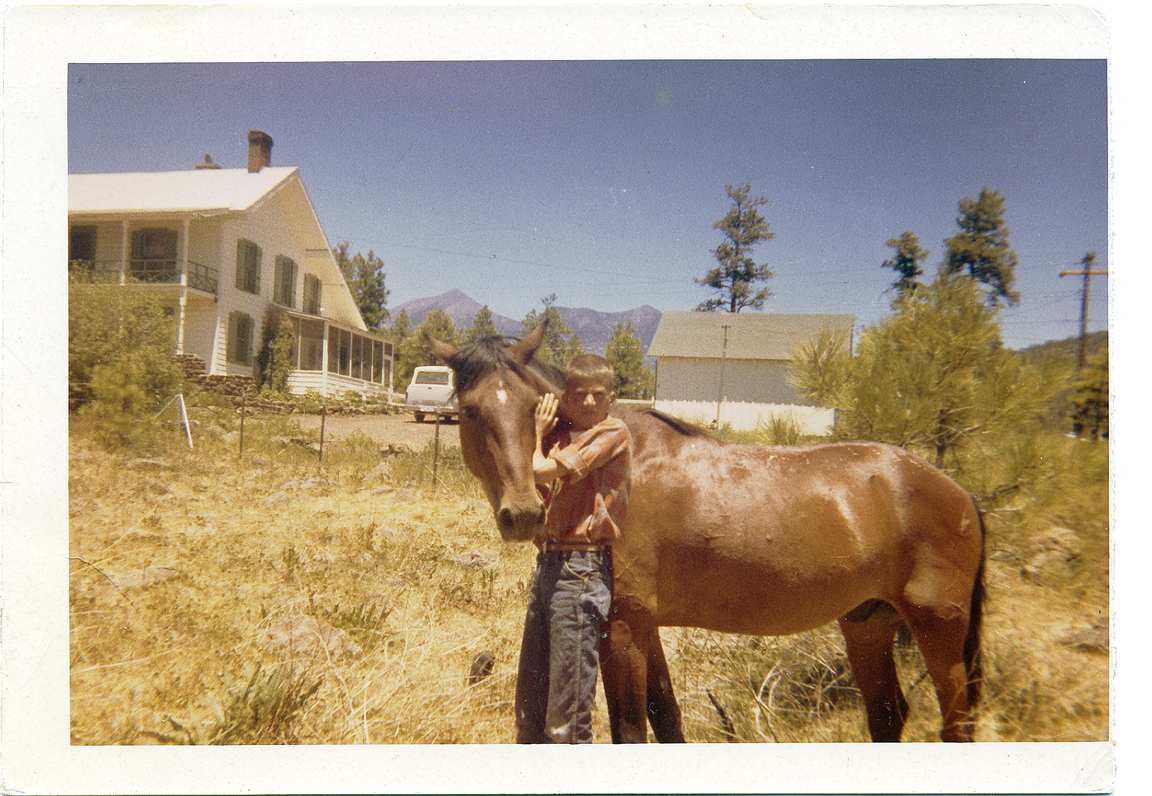 A young Ted Danson outside the Homestead.

Long considered the oldest remaining Anglo-American residence in Flagstaff, the McMillan Homestead was built in 1886 by Thomas Forsythe McMillan. He used 15-inch diameter logs, hand-hewn and hand-squared at the homestead site and chinked with mud. It was a big building for the times, and the local Champion newspaper called it large and strong enough for a feudal castle. However, apparently when he married a widow from San Francisco in 1888, his new bride was not impressed by the log cabin. McMillan then put up the siding, the porches and the lean-to in the back half of the house. The original logs can still be seen inside the kitchen.

The house was in disrepair when the Coltons purchased the property in 1927. They restored it for housing summer visitors and used it for the biology laboratory and collections area.

The Eddie McKee family lived in the house during the late 1930s and early 1940s. When the Ned Danson family moved in during the 1950s, the house was upgraded again. In 1976, MNA refurbish the home and nearby springs with a matching grant from the State Historic Preservation Office. It was leased by the Grand Canyon Trust until 1995. This home is listed on the National Register of Historic Places and has been restored as closely as possible to its original condition.