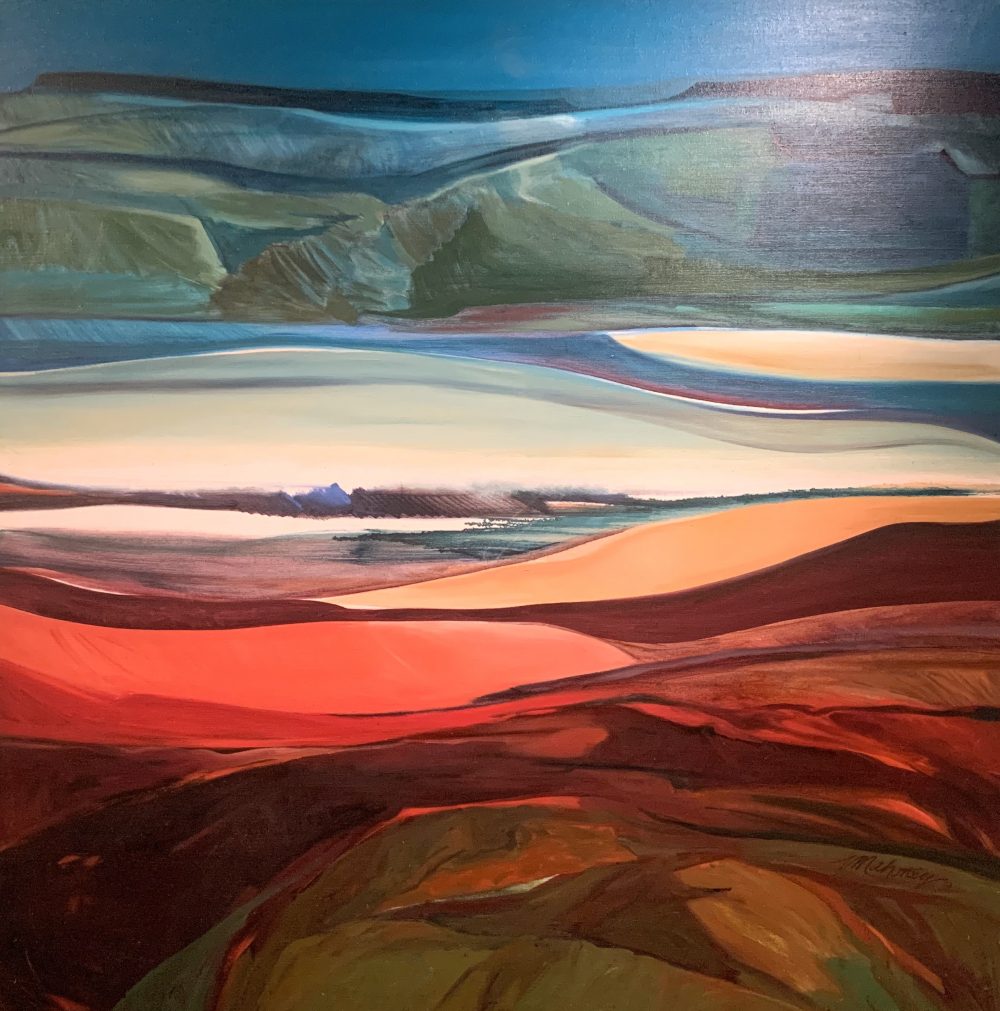 Heaven on Earth, by Joella Mahone 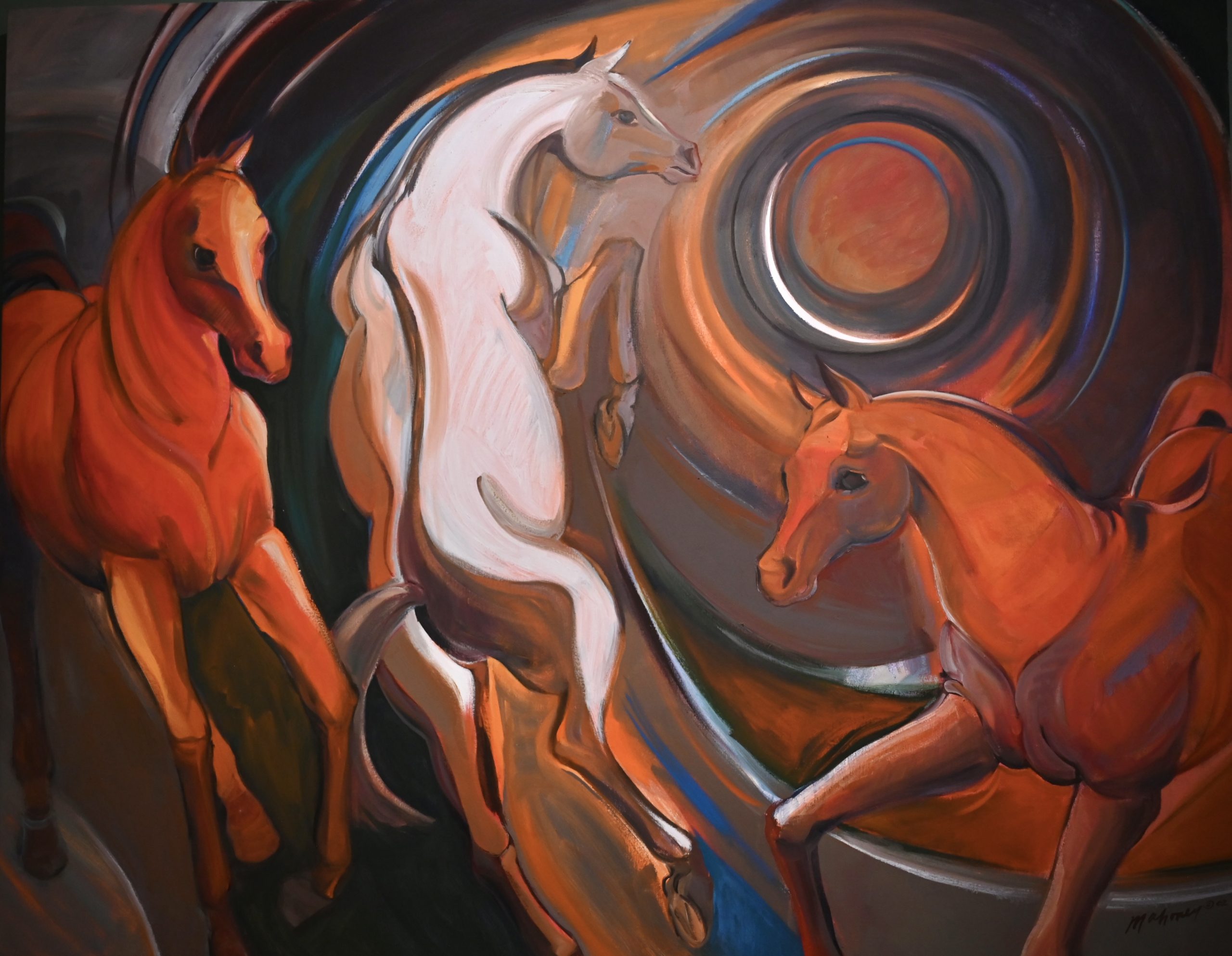 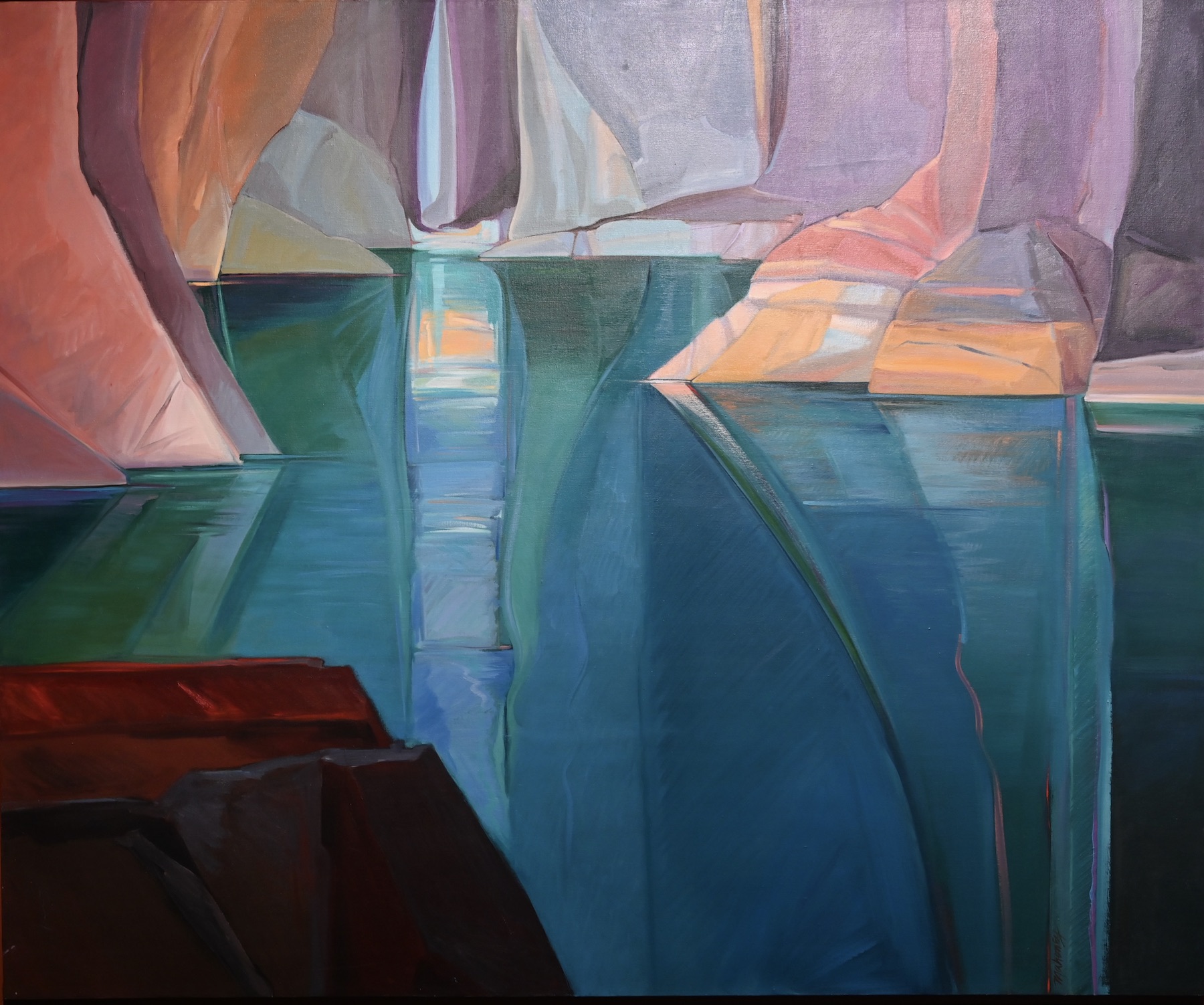 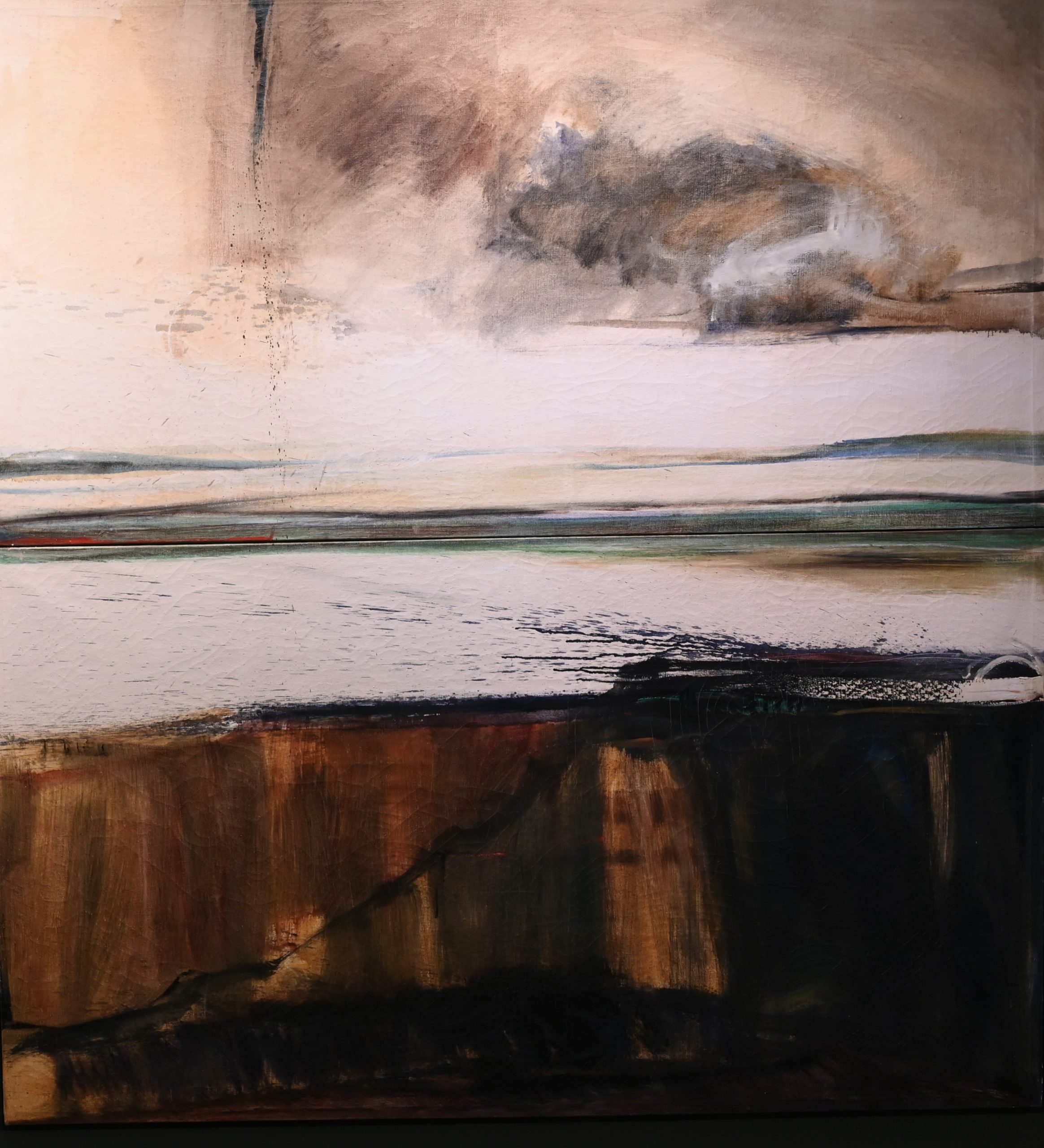 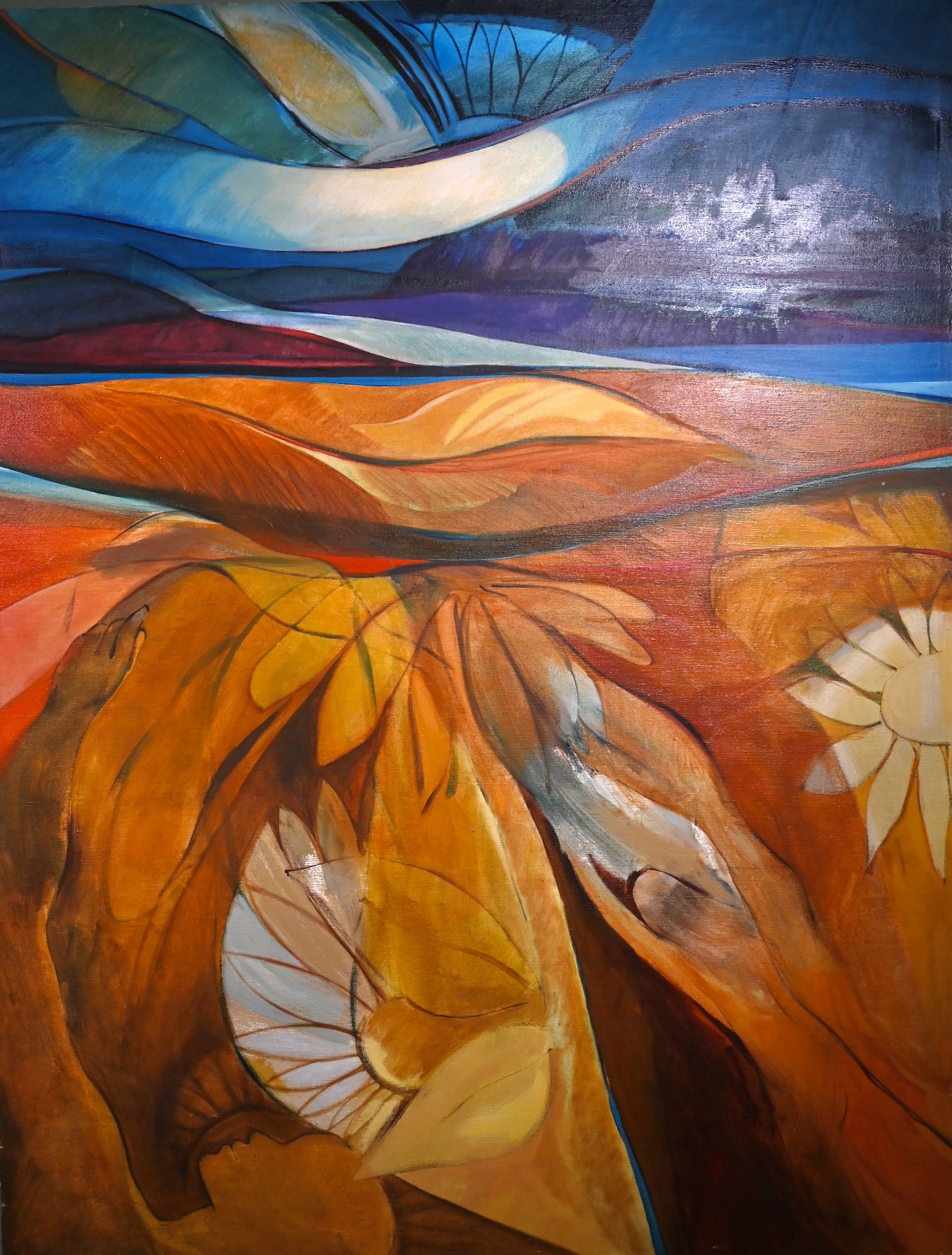 Sunflowers in Heaven, by Joella Mahoney

“I saw a landscape that matched how I felt inside, and I stepped into my future,” the late artist Joella Jean Mahoney recounted of arriving in northern Arizona in the early 1950s.

While she came to study at Northern Arizona University – then Arizona State College – Mahoney quickly became immersed in the grandeur of the wider Colorado Plateau, taking inspiration from hikes and backpacking trips and translating her feelings into dramatic landscapes that went “beyond picture-making” as she described her approach to abstract expressionism.

Vast Lands, Inner Visions: The Art of Joella Jean Mahoney, a retrospective of the artist’s 66-year career, is currently on display at the Museum of Northern Arizona, 3101 N. Fort Valley Road, and will remain up through 2023. Current winter hours of operation are Wednesday-Monday, 10 a.m.-4 p.m., and admission is $15. Learn more at www.musnaz.org.

Large-scale oil paintings envelop visitors as they enter the exhibit, some with brush strokes that appear softly blended from far away quickly becoming visible after a step or two forward, others highlighting her varied textures front and center. Heavy clouds fall across monsoon skies, while deep canyons beckon and humble egos. Ancient treasures lie beneath turbid water, lost to greed. Anything can be interpreted between the lines.

Curator Alan Petersen knew Mahoney well during her tenure at the University of La Verne in California and recalled the passion she brought to every aspect of her work.

“[She had] an incredible amount of energy, so when she was teaching, demonstrating, she was just totally wired,” he said.

And her painting process could even be seen as a performance in itself. Her preferred approach was to begin a painting upside down or sideways and rotate the canvas as she went, a trick she employed to avoid getting “too enslaved by subject matter,” as she put it in a 2016 demo video.

She aimed to convey the human condition and interpret landscapes rather than show the world exactly as it is, which was warmly embraced by the arts communities of which she was a part.

Mahoney was recognized as a Distinguished Alumnae during NAU’s Centennial Year Celebration in 1966 and honored by Scripps College Fine Arts Foundation for achievement in the arts the following year. She also was involved in the U.S. State Department’s Art in Embassies Program and regularly had her work exhibited at well-known galleries and museums such as Kolb Studio at the South Rim of the Grand Canyon.

Beyond her impressive recognitions though, Mahoney also left a mark on many others throughout her long career as an artist, professor and mentor. That energy she brought to the classroom inspired budding artists who were grateful for the guidance she provided whether during a regular semester-based class or one of the many workshops she offered during the summer and winter breaks.

“Originally artists were tradesmen,” Petersen said, noting that four-year art degrees didn’t even exist until the 20th century, “so I think that she felt it was really important to help students and others have a sense of what it meant to be an artist and how to turn that into a sustainable income. A big part of her whole message was this idea of, [technique is] important, but if you want to be a professional artist, you also need to address these more business-like aspects.”

While many may turn to a career in art because they don’t feel like they fit into the corporate world – or even want to – skills such as marketing their work and building and maintaining relationships with galleries can be make or break for those aspiring to take the professional route.

“Vincent van Gogh was a great example – he didn’t have a clue. If it weren’t for his brother and sister-in-law, he’d be in Goodwill shops all around the world,” Petersen said with a laugh. “Literally.”

Instead, Mahoney worked hard to make a name for herself during a time when discrimination against women was more blatantly the status quo and in turn, made sure to teach others who hoped to walk a similar path. She credited having supportive professors who encouraged her to follow her dreams during her time at NAU in a 1996 oral history.

“I suspect that’s some of the importance too of her as a mentor, to be that example for others – ‘You can be a woman-artist in the world, but here’s what it’s going to take,’” MNA Director of Public Engagement Kristan Hutchison said.

Mahoney’s legacy as an important part of Southwest culture lives on through her work, allowing others to feel the sense of belonging she found in existing in the world and being able to impact her environment.