Investigating Blowholes and Earthcracks at Wupatki 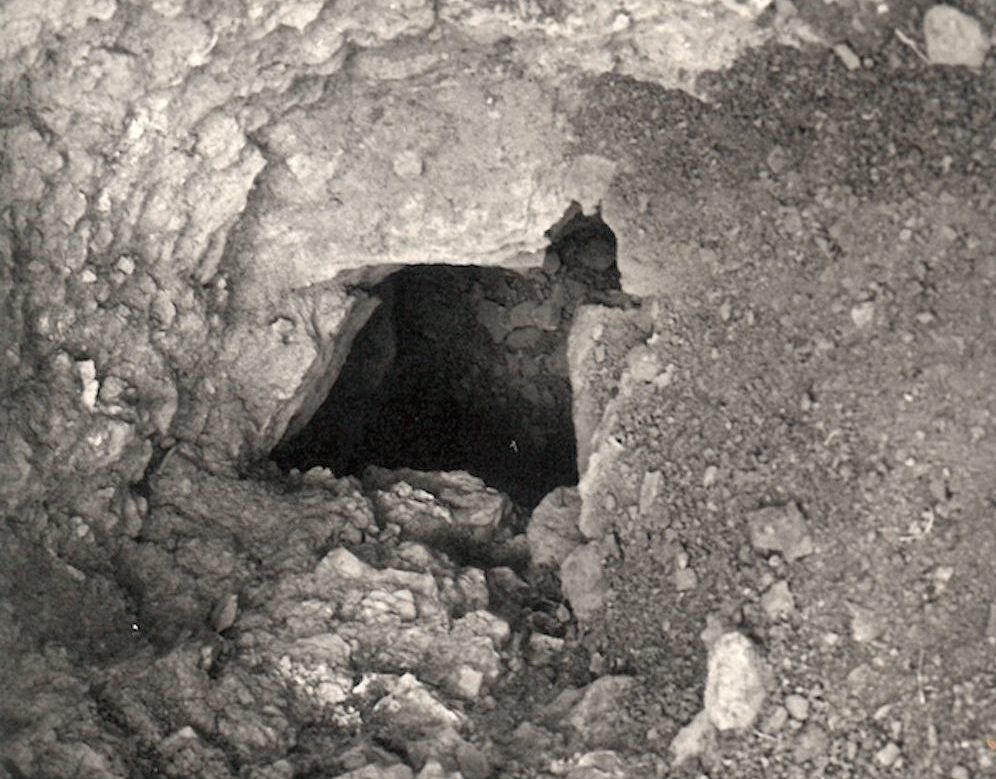 Wupatki National Monument contains many earth-cracks, fissures, and vents, some of which are surface openings to a regional system of underground caverns of more than seven billion cubic feet volume. Some portions of this system exchange air with the atmosphere above ground, pulling in air overnight and releasing it during the day. Some of the vents and earth-cracks are colloquially referred to a “blowholes,” as they move a sufficient volume of air to create noticeable movement in or out of the vent. The best known of these are Blowhole No. 1 (Figure 1) which was extensively investigated in the 1960s and the blowhole at Wupatki Pueblo. Earth-cracks and blowholes are geologically rare phenomena that occur relatively frequently in the Flagstaff region and are particularly concentrated within Wupatki National Monument. Most of these are associated with the Lomaki Fissure and the Citadel Graben, north-northeast by south-southwest trending faults.

The term “blowhole” is used here to refer to a blowing cave: a small opening and geologic feature that often either expels or draws in air depending on local surface conditions. Blowholes react to pressure changes in the local environment due to their connection to a larger cave system. When barometric pressure drops on the surface, the blowholes exhale cool air from within this subterranean system. When a high-pressure system moves through the region, blowholes inhale as pressure within the cave system attempts to equalize its internal pressure with that of the outside environment. On a typical clear summer day, these openings take in cool air during the night and exhale this cool air during the warmer days.

Earth-cracks occur due to similar geological processes as blowholes: the settling, buckling, and faulting of sedimentary sandstone and limestone layers in the Earth’s crust. These earth-cracks often appear as small openings or large seams of collapse—as do breathing blowholes on the surface. The major distinction between these two geological features is that earth-cracks are simple areas of settling and faulting and do not connect to a larger, underground fissure system. As such, earth-cracks do not breathe during pressure changes the way karst blowholes do. Some have even suggested that many earth-cracks—particularly here in northern Arizona—may have once been breathing blowhole openings that have since been choked with colluvial deposits of rocks, debris, and soil.

In the Wupatki region, the first scientific study of the diurnal air movement was conducted by a science teacher from Flagstaff High School named Robert Schley. Schley was intrigued by the breathing phenomenon of Blowhole No. 1 and during the summer of 1960, with several of his students assisting, he conducted a series of experiments measuring the airflow in and out of the opening. Follow-up studies by Shchley and the RAND Corporation in the early 1960s expanded to geological, archaeological, and ethnographic observations regarding these landscape features.

The blowhole at Wupatki Pueblo is of importance for the Pai, Hopi, Zuni, Diné (Navajo), and Southern Paiute peoples, but was not formally documented until 1964 or 1965 when it was stabilized as part of the Wupatki Ballcourt excavations. Much like the sipapu—a small blowing vent within ceremonial kiva structures—the Wupatki blowhole remains a powerful symbol of this place of emergence and as an important connection between the surface, underworld, and sky. Known to the Hopi as Huukyangwuy Kii’at— wind’s home or breath from the mountains— the blowhole at Wupatki was previously home to a shrine, which has since been moved due to monument visitation. Hopi elders have also suggested that the vent may have been used to warn of impending changes to weather during critical agricultural seasons. For the Zuni, Awidehin T’sid’ane Yanak‘inanne or Where Mother Earth’s breath is felt is a place for power seeking, meditation, and for prayer. Modern Pai groups—Hualapai, Havaupai, and Yavapai—all maintain a distinct cultural relationship with the blowhole. Pai elders confirm it is a place of immense power and an area to gather medicine and spiritual strength. The various bands of Southern Paiute also know the blowhole as a place of immense power and song learning that is deeply connected with the greater landscape on which it located. The Southern Paiute call the blowhole hurrikanni—Home of the Wind or House of the Wind. The San Juan Southern Paiute would travel to visit hurrikani to learn songs that would bring rain. Niyol Bighan or Wind Home remains an important location of significance for Dine people who also maintained a shrine there. One elder shared that their family left offerings at the feature after someone from the community was knocked unconscious by a gust of wind. Another tells how the opening used to be buried, reasserting that the feature has changed quite a bit over time to its final appearance today.

Based on previous archaeological observations of the association of blowholes and habitation sites, Museum of Northern Arizona and the National Park Service collaborated on an intensive inventory of 5-acre blocks around the known locations of six blowholes or earth-cracks, including Blowhole No. 1. The survey identified 47 isolated cultural features or artifacts, and 160 features associated with 23 archaeological sites, 22 of which were previously recorded. One new site, an earth-crack known as Sipapu Cavern, was documented. Five of the six surveyed areas contained archaeological sites, three blowhole areas contained prehistoric or ethnohistoric features directly associated with blowholes, and three earth-cracks or fissures contained direct material cultural associations (Figure 2). One earth-crack that is at least 500 feet deep (Sipapu Cavern) was blocked off by the NPS in 1964 as a potential hazard and two blowholes have been filled in recently, but it is unknown by whom or why. The present project was an attempt to push current understandings of the archaeological significance of earth-cracks and blowholes beyond general observations of their association with archaeological sites with more fine-grained documentation from six known blowhole localities (Figure 3).