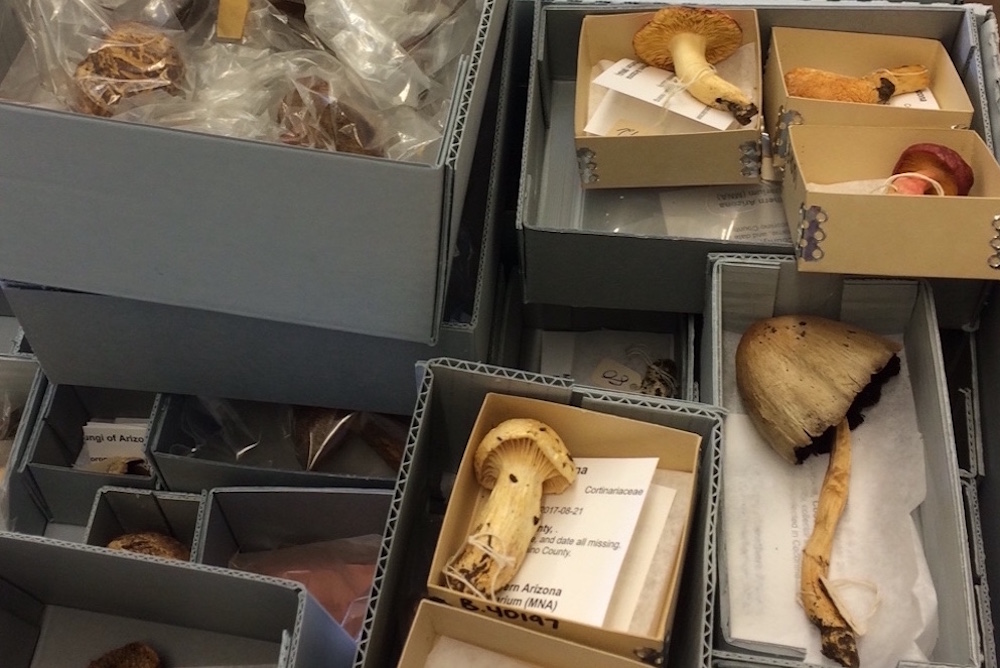 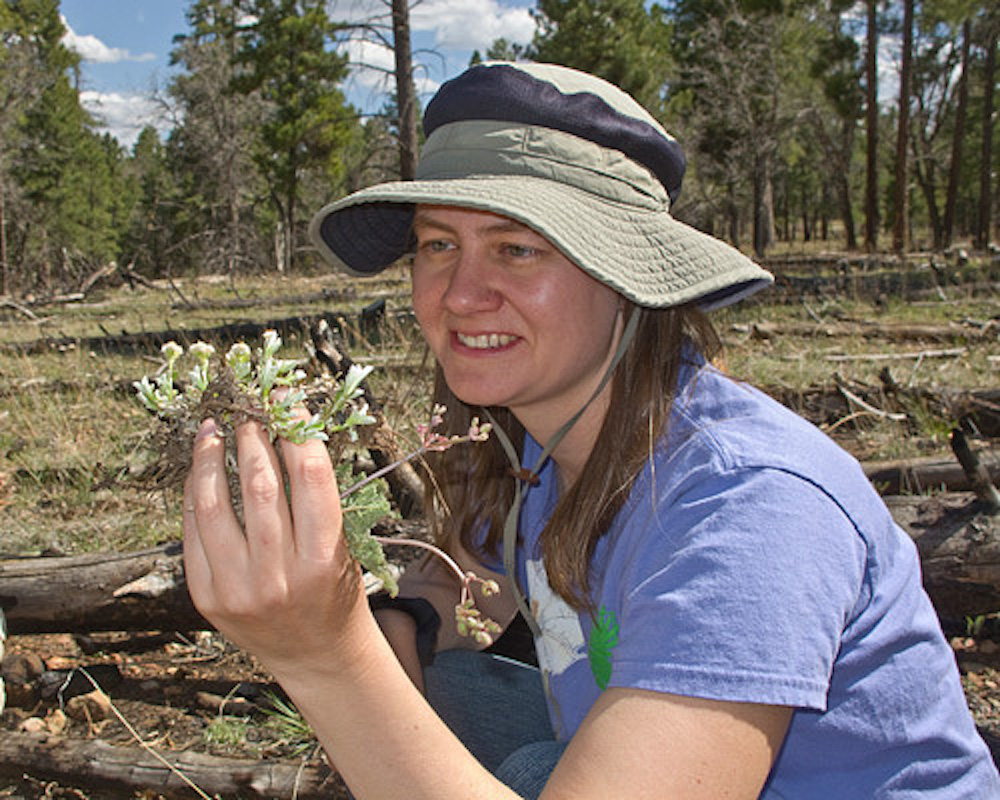 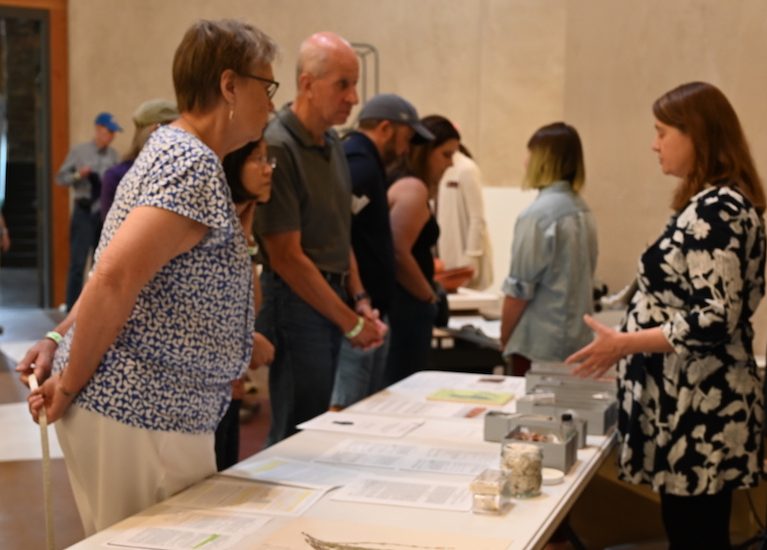 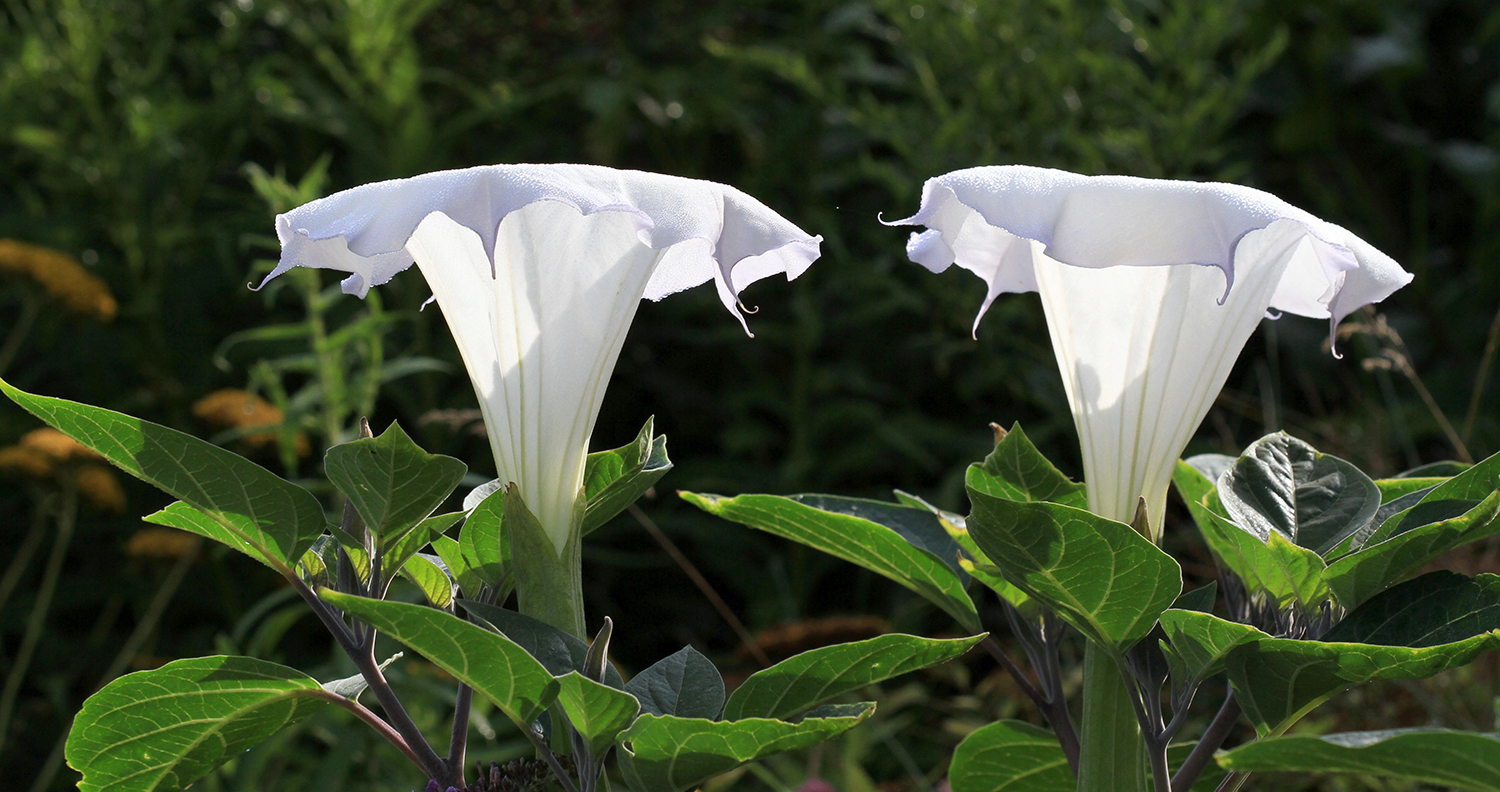 The Walter B. McDougall Herbarium documents the plant biodiversity of the Colorado Plateau and is an important record for measuring how flora are adapting to the changing climate. 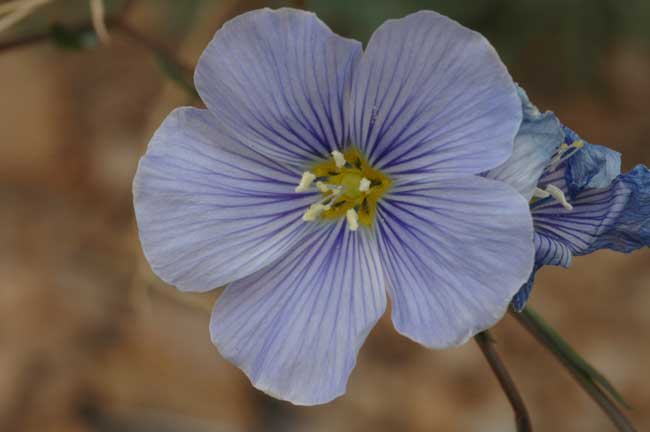 The herbarium holds more than 43,000 specimens, representing about 27% of the estimated total flora of the Colorado Plateau. Numerous federally threatened and endangered species are preserved in the collection, as are 55 type specimens, which serve as reference points for the species. Some of the specimens were collected more than a century ago, with notes on location and bloom time that current researchers are able to use to note changes in the plants range. 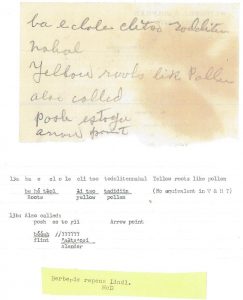 Notes by Benjamin Wade Wetherill on the Berberis repens he collected in the 1920s.

Three regional, ethnobotanical collections are maintained in the McDougall Herbarium: the Alfred F. Whiting Hopi and Havasupai collection, the Grenville Goodwin Apache collection, and the Louisa Wetherill Navajo (ASM Collection) collection. The collection also has about 250 specimens collected by Louisa Wetherills son, Benjamin Wade Wetherill, in the early 1920s from the Navajo Nation. He recorded the Navajo names of the plants before Navajo was a written language. Most valuable, many of the specimens come with ethnobotanical notes about their traditional names and uses, from absorbent bark used to pad cradleboards to leaves purportedly used as poisons. Sometimes plants are also stored as they would have been in an ancient pantry, such as the cantaloupe melon, which is dried in strips and wrapped around itself in an early version of a fruit rollup.

McDougall, for whom the herbarium was named, was a professor, naturalist, ecologist, and former MNA curator known for his floras of Yellowstone, Big Bend, Death Valley, and Natchez Trace. He also authored Plant Ecology, the first textbook on this subject, and two important plant keys for this area: Seed Plants of Northern Arizona and Grand Canyon Wildflowers. One of the many contributions McDougall made while curator was growing the herbarium collection from 7,000 to more than 26,000 plant specimens. 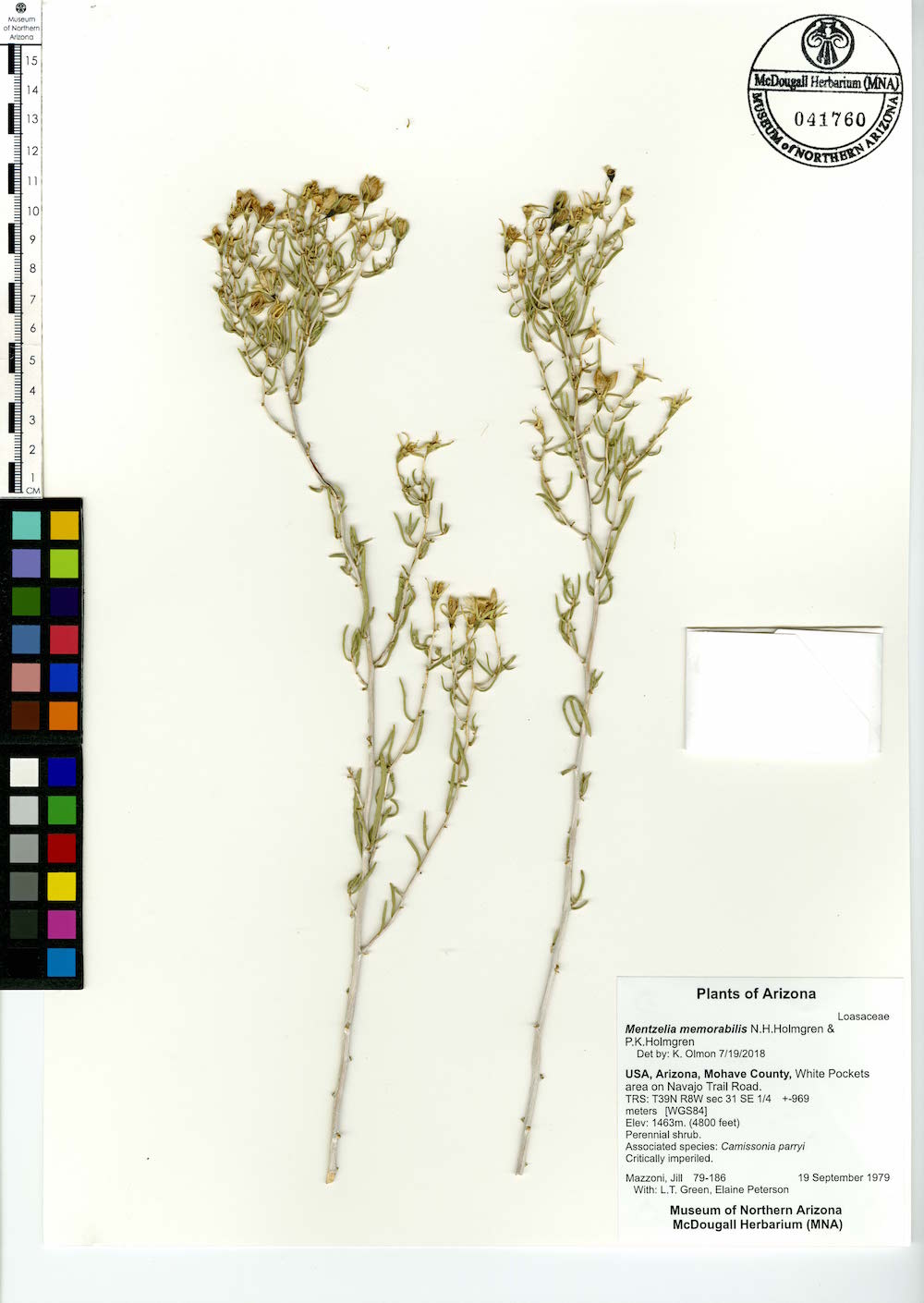 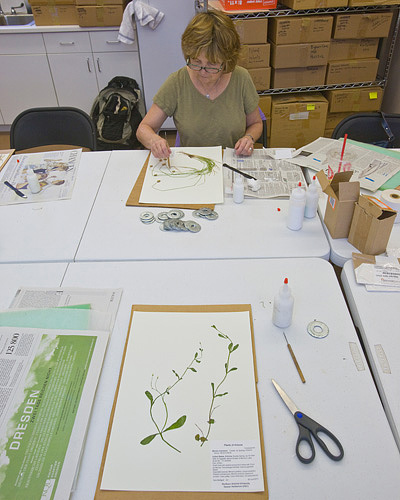 Volunteers mounting plant specimens for PAPAZ, Plant Atlas Project for Arizona, inside the Powell Building at the Museum on Northern Arizona, May 5, 2014, Flagstaff, Arizona