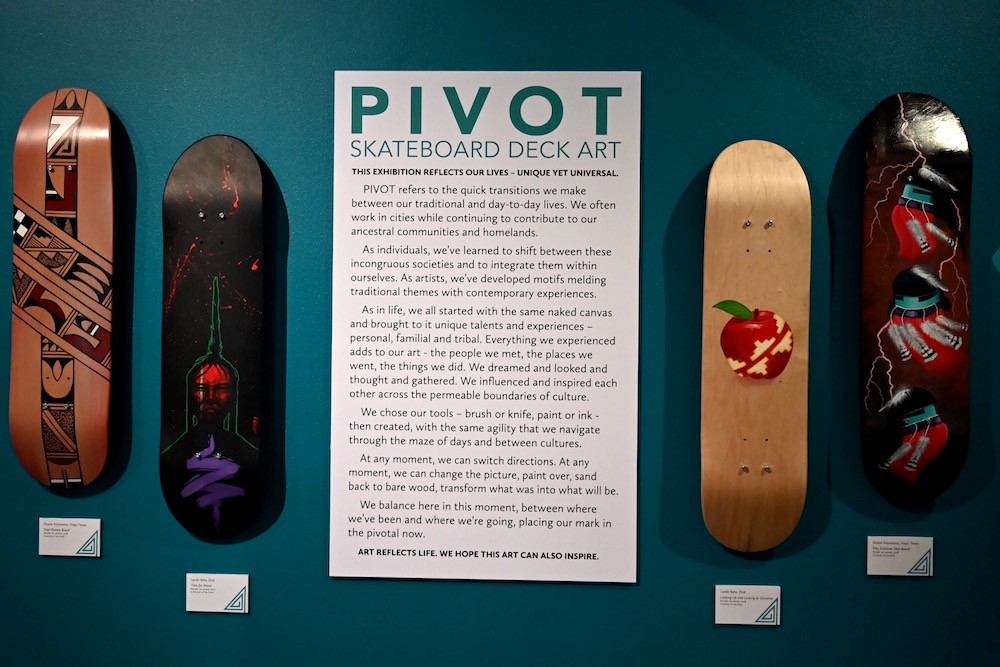 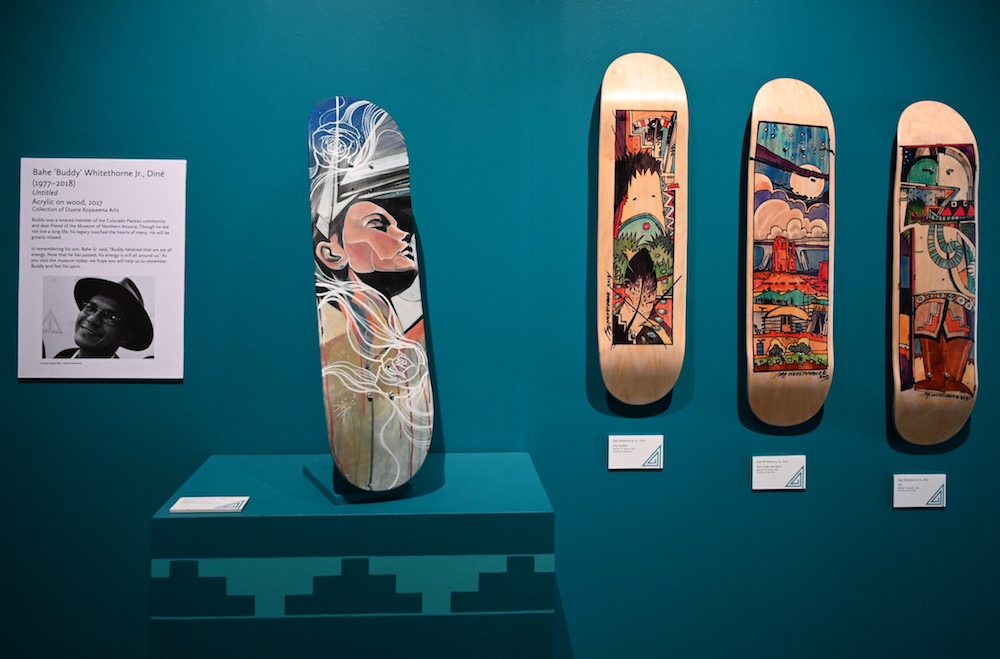 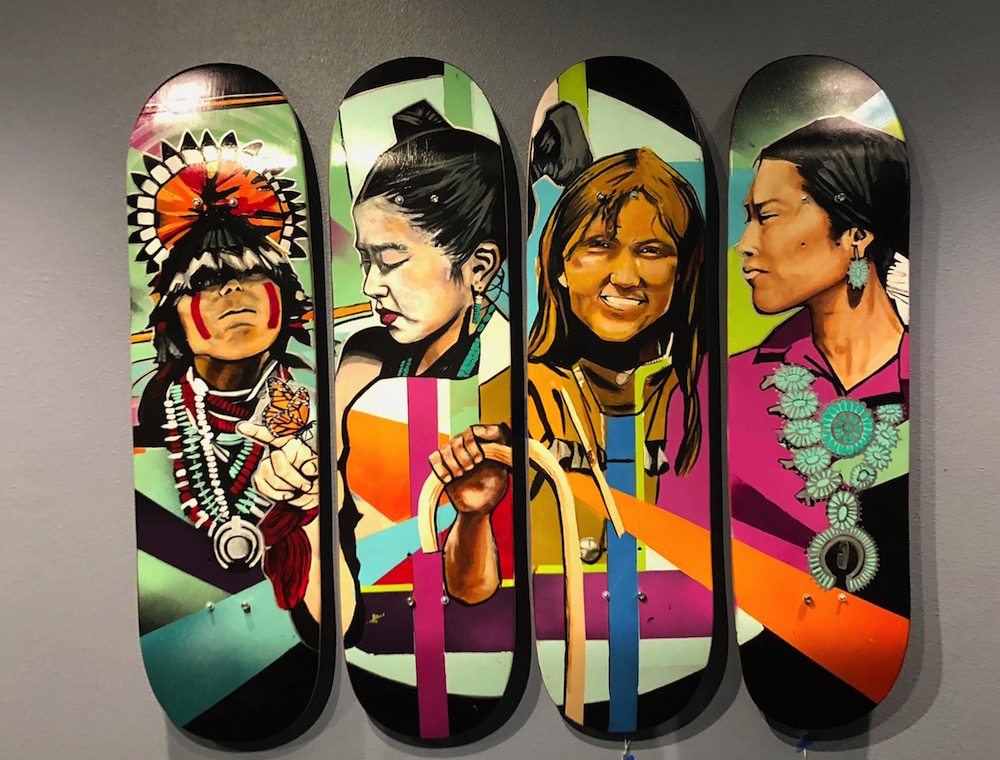 “We’re in a moment where we’re again losing our culture, but there’s also this subculture,” said Landis Bahe. “You’re going to see something very contemporary and very old school. Native art will probably not be the same.”

Koyawena and Bahe sent out 100 blank skateboard decks to the artists, who live throughout the Southwest. The chosen artists represent many backgrounds, including Zuni, Hopi, Navajo, Comanche, O’odham, and Latinx artists. By bringing these artists together, working on identical canvases, Pivot celebrates both the commonality and differences among the tribal traditions.

“Hopi and Navajo, we’ve become so separated, generation after generation of being taught certain things. This show is a pivotal moment for us because we’re all coming together,” said Bahe.

“We wanted to unite artists and cultures, to bring them together as one,” said Koyawena. “We hope this show will inspire everyone in their lives and in any talents they may be pursuing.”

The artists also represent varying styles and techniques, from a traditional carver to a graffiti-style painter.

“Everybody is given the same canvas, then you’re going to have so many different results,” said Bahe.

The Museum of Northern Arizona in Flagstaff was an appropriate home for this exhibition, since Flagstaff is an important location in the artistic progression of Native American arts. It is a city where people from the Navajo and Hopi reservations come for education, work and supplies, and an important mixing zone for many cultures, where artists meet and cross-pollinate with artists from other traditions. The Pivot exhibition even includes a couple non-Native American artists, whose art has developed to reflect the influence of the Native American traditions.

The Pivot exhibition was sponsored by the NARBHA Institute and included programming for youths.

This exhibition reflects our lives – unique yet universal.

PIVOT refers to the quick transitions we make between our traditional and day-to-day lives. We often work in cities while continuing to contribute to our ancestral communities and homelands.

As individuals, we’ve learned to shift between these incongruous societies and to integrate them within ourselves. As artists, we’ve developed motifs melding traditional themes with contemporary experiences.

As in life, we all started with the same naked canvas and brought to it unique talents and experiences – personal, familial and tribal. Everything we experienced adds to our art – the people we met, the places we went, the things we did. We dreamed and looked and thought and gathered. We influenced and inspired each other across the permeable boundaries of culture.

We chose our tools – brush or knife, paint or ink – then created, with the same agility that we use to navigate through the maze of days and between cultures.

We balance here in this moment, between where we’ve been and where we’re going, placing our mark in the pivotal “now.”

Art reflects life. We hope this art can also inspire. 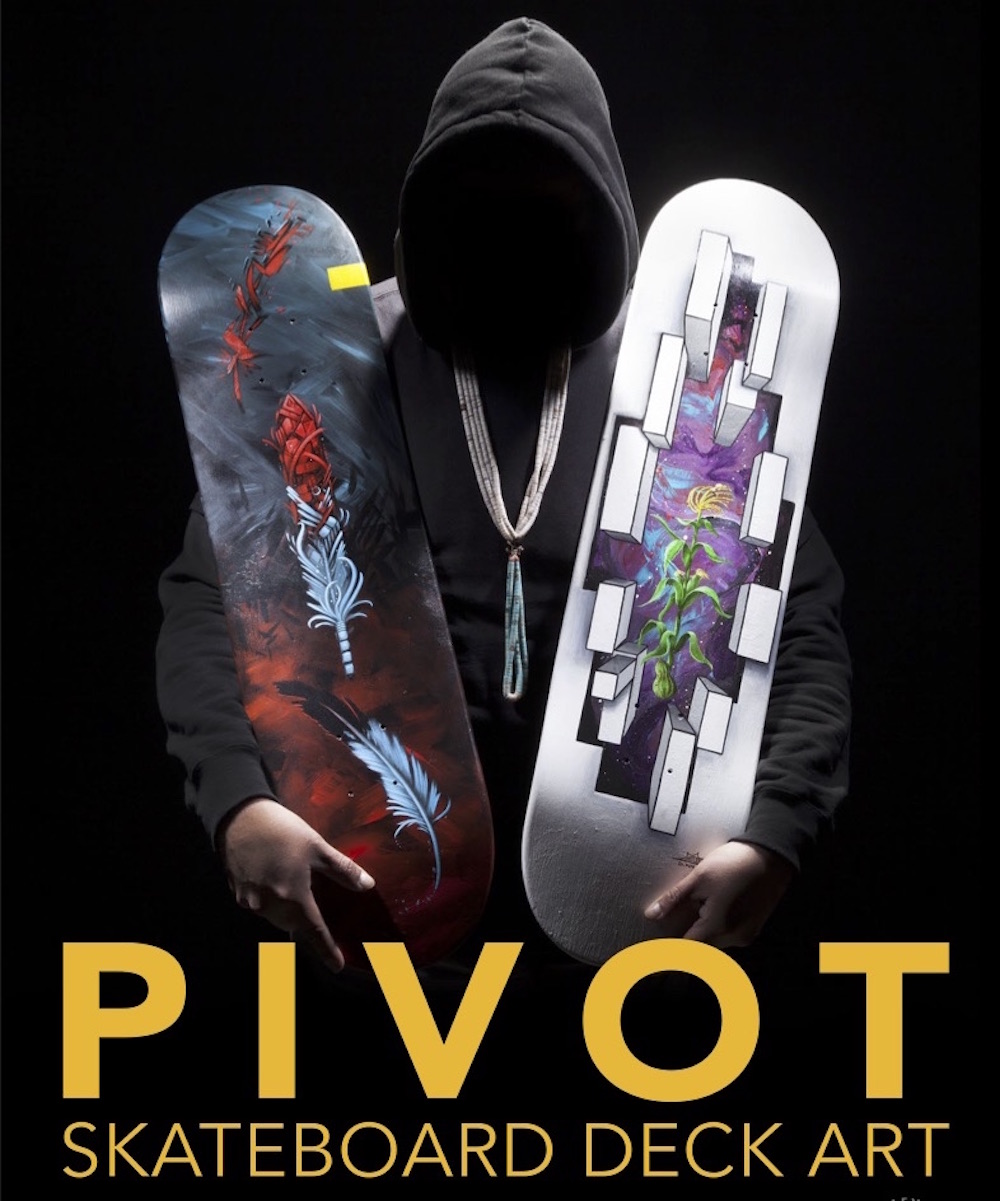 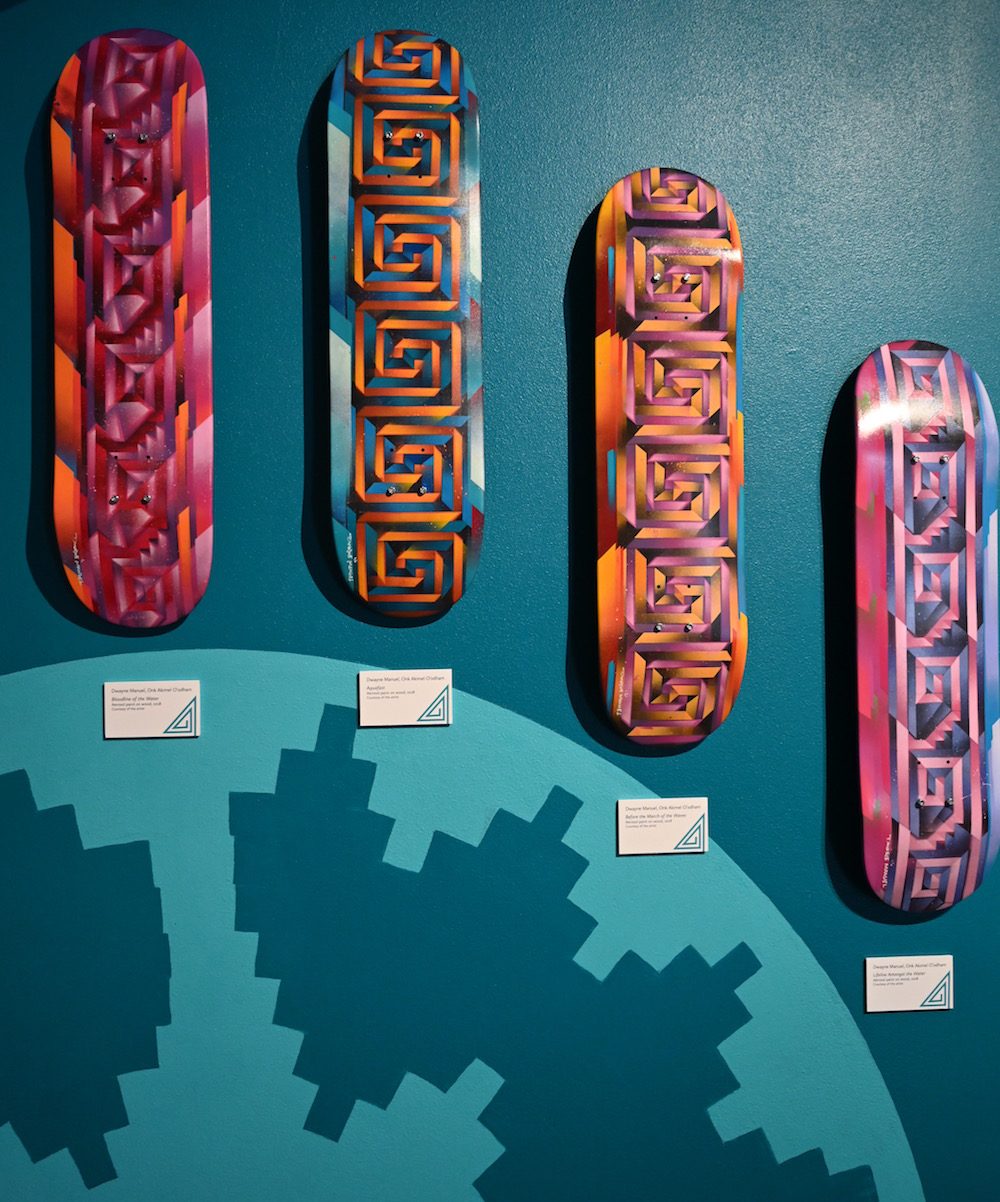