Lifezones of the Colorado Plateau

In the summer special events are held in the courtyard, including artist demonstrations, performances, and outdoor concerts.

The courtyard was originally designed in 1935 by Museum co-founder, Harold S. Colton. 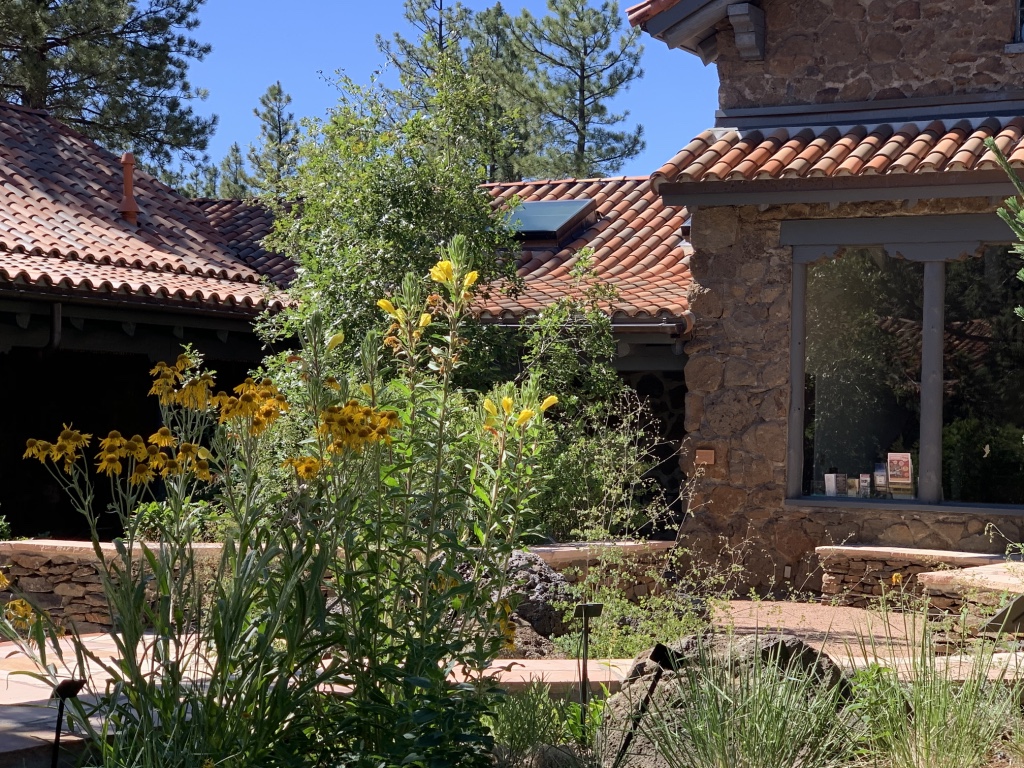 In late October, the courtyard is decorated for the annual Celebraciones de la Gente Festival.

In the Jaime Major Golightly Courtyard you can see the diverse plants of the Colorado Plateau. 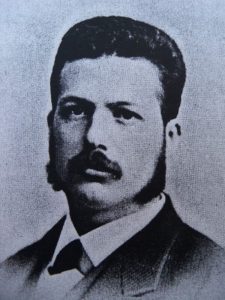 The exhibit is organized around the Life Zone Concept, which C. Hart Merriam proposed after his 1889 expedition to Northern Arizona. The elevation in Northern Arizona changes more than 10,000 feet in less than 75 miles. Merriam observed that the kind of plants and animals change with elevation, similar to how they change with latitude.

Generally higher elevations and latitudes are colder than lower ones. Thus, the Spruce/Fir Life Zone found from 9,200 to 10,500 feet elevation on the San Francisco Peaks and be found at sea level in Alaska. Merriam proposed that the flora and fauna could be grouped into zones based on the dominant type of vegetation.

Merriam’s life zone concept led the way for our understanding of ecosystems that takes into account slope and sun exposure, soil conditions, precipitation and more. Although modern forest ecologists use a much more detailed and complex system for a forest classification, Merriam’s life zones remain a useful educational tool for observing our forests.

The four planters in the Museum’s courtyard are organized in order of elevation.

The courtyard also features Footprints of the Past, a permanent exhibition of fossil trackways.

This zone receives 12 to 20 inches of rain and snow, making it too dry to support large trees. Small, widely-spaced trees – Colorado Pinyon Pine and Utah Juniper – dominate the zone. Between them drought-adapted shrubs, grasses, cacti, and wildflowers grow, blooming with red, yellow, blue, and white flowers in the spring and late summer.

The Utah junipers have male and female cones on the same plant, and usually have a branchless trunk, rather than branching from ground level.

Pinyon trees yield pinyon nuts which were a staple of Native American diets on the Colorado Plateau. Pinyons are the only pines in Northern Arizona that exhibit “masting”, the production of a very heavy cone crop in some years, and few or no cones in others.

Parry’s Agave is only found in the southwest U.S. and Mexico above 4,000 feet. Many Agave species are monocarpic meaning they flower once in their lifetime and then die. Agaves are widely cultivated and used to make tequila and mescal. The hearts of the plant are roasted and eaten. 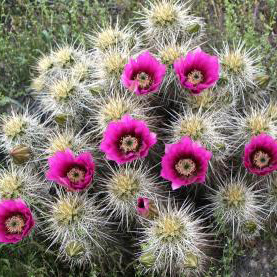 Engelmann’s Hedgehog Cactus is typically found below 5,000 feet. It produces purple flowers from February to May and edible fruit that is said to taste like strawberry.

One tree species, the Ponderosa pine, dominates this zone. Hot, dry conditions in June prevent many higher elevation plants from living in this zone, which receives 18 to 26 inches of precipitation a year.

Before 1900, lightning-caused fires would burn through the forests every few years, clearing the underbrush, but not harming the larger Ponderosa pine, which are protected from fire by thick bark. Ponderosa pine bark changes color as they age, starting out grayish and then becoming yellowish-red as they get older.

Ponderosa pines are also home to the Abert Squirrel, a large squirrel with tufted-ears that eats the conifer seeds and twigs.

Gambel oaks also provide important food and habitat for animals in this zone. The Gambel oaks are drought tolerant and do best in sun with rocky, alkaline soil, with little competition from other plants. This tree is recognized by its oak leaves, which drop in the winter. Gambel oaks  After a fire, Gambel oaks reestablish themselves from root sprouts.

Alligator junipers are recognized by their distinctive bark, which is dark, gray-brown, hard, and cracked, resembling alligator skin. Alligator juniper can grow 40-50′ feet tall at maturity. They grow best in dry soils and at moderate altitudes. To survive fires these trees regrow from their root mass. The berry-like cones of alligator juniper provide a rich and readily available food source for many birds and mammals.

Sulphur Flower Buckwheat is an attractive plant to a variety of birds and bees. It produces bright sulfur-yellow flowers from April to September. It has been used as a fumigant and emetic by the Kayenta Navajo and by many Native American tribes for a variety of ailments.

Mountain snowberry produces paired pink flowers May to August which are followed by white berries. Native Americans have used the fruits as an emetic and laxative.

Aspen leaves are broad with a flexible stem, allowing them to flutter with the slightest breath of wind, thus exposing most of the leaf to sunlight for photosynthesis, and protecting any one part of the leaf from overexposure. These leaves turn gold in the fall before dropping for the winter.

These trees can be found at much lower elevations in cool, relatively dark and moist pockets, but they reach maximum numbers within the Mixed Conifer Zone. Douglas Fir cones are easily recognized by the forked tongues that stick out underneath the scales.

White Fir: This fir will hybridize with the Cork Bark Fir, which is the common fir found at higher elevations. The relatively smooth bark of the White Fir distinguishes this tree from the Cork Bark Fir.

Pussytoes have male and female flowers on separate plants. Female flowers can also produce fruit without being fertilized. It makes an excellent ground cover.

Kinnikinnick is a relative of manzanita and is found at high elevations in eastern Arizona. It has pink to white urn-shaped flowers that bloom from March to May and produces bright red edible berries. The leaves have been used in smoking mixtures.

Various types of cork bark fir grow in Western North America, all recognized by their distinctive bark and cones. Young cork bark firs have smooth, gray bark, which becomes rough and scaly as the tree ages. The cones are dark purple to black in color and point upward. These evergreen trees will hybridize with white firs.

Like most conifers, these spruce have both male and female cones, with the male cones (or pollen organs) on the lower branches, and the female cones on the top of the tree. The Englemann spruce has orange-brown cones which hang down from branches. Slow-growing higher elevation Englemann spruces are popular for  musical instrument building.

Rock Clematis can be found in high elevations in rocky areas. It has purple or sometimes white flowers that bloom May to September. The fruits produce are attached to feathery plumes which can be used as fire starter or as insulation in shoes. Clematis has been used medicinally by many Native American tribes for a variety of aches and pains.

Virginia Strawberry is similar to the strawberries you would find in a grocery store. The fruit is edible and can be made into jams or sauces. The leaves can be made into a tea. It makes a beautiful groundcover.